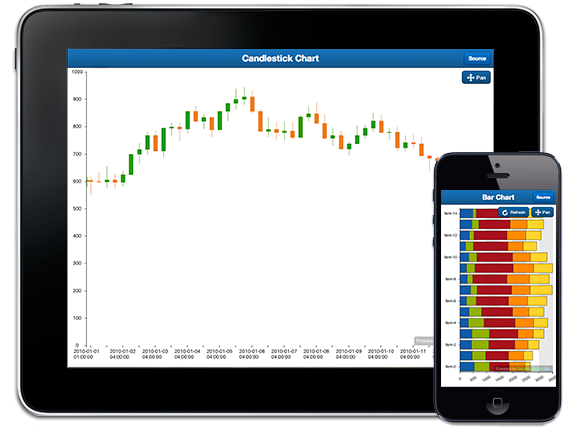 Sencha Touch is the market leading HTML5 mobile framework and with this release we’ve updated it to be even better. We’ve made performance better across the board, added charts, and more. Sencha Architect has been updated to include support for Sencha Touch 2.1. Starting today, designers and developers can take advantage of all the new Sencha Touch 2.1 features through Sencha Architect. And as if that wasn’t enough, we are also releasing Sencha Cmd 3.0 and a beta theme for BlackBerry 10.

Let’s jump into the details.

As noted in last week’s What’s New blog post, this release contains enhancements and new features that boost developer productivity and application performance. Additionally, an all-new, ultra high performance version of Charts is included as a part of Touch (available as GPLv3 or as a part of Sencha Complete and Complete: Team). Below are a few of our favorite enhancements in Sencha Touch 2.1: You can take advantage of all the benefits in Sencha Touch 2.1 with this updated version of Sencha Architect. We’ve integrated the new Touch Charts in to Architect, so building mobile data visualizations is as easy as drag and drop. In addition, this update to Architect also supports Sencha Cmd 3.0 for Sencha Touch 2.1 projects, so you’ll get all the benefit of being able to use the package and deploy features of Cmd from within Architect.

Here is a short video showcasing how seamlessly Architect works with Sencha Touch 2.1.

If you want to get the latest Architect, you can download it directly below. For existing Architect customers, we’ll be rolling out an auto-update shortly.

Sencha Cmd works with both Sencha Touch and Ext JS to do things like minification and custom builds, but also includes specific features for each of the platforms. For example, the Sencha Mobile Packager is included in Cmd and in this release has been improved to provide access to additional native APIs. The new Cmd tool is also much friendlier to enterprise environments, as it no longer needs administrator rights to be installed.

Read more about the new Sencha Cmd in this blog post.

The products and components we released today make it very easy for you to take advantage of the Sencha platform and develop rich and compelling universal applications for any mobile devices. We’re excited to get them out in your hands, so download the products and happy coding.