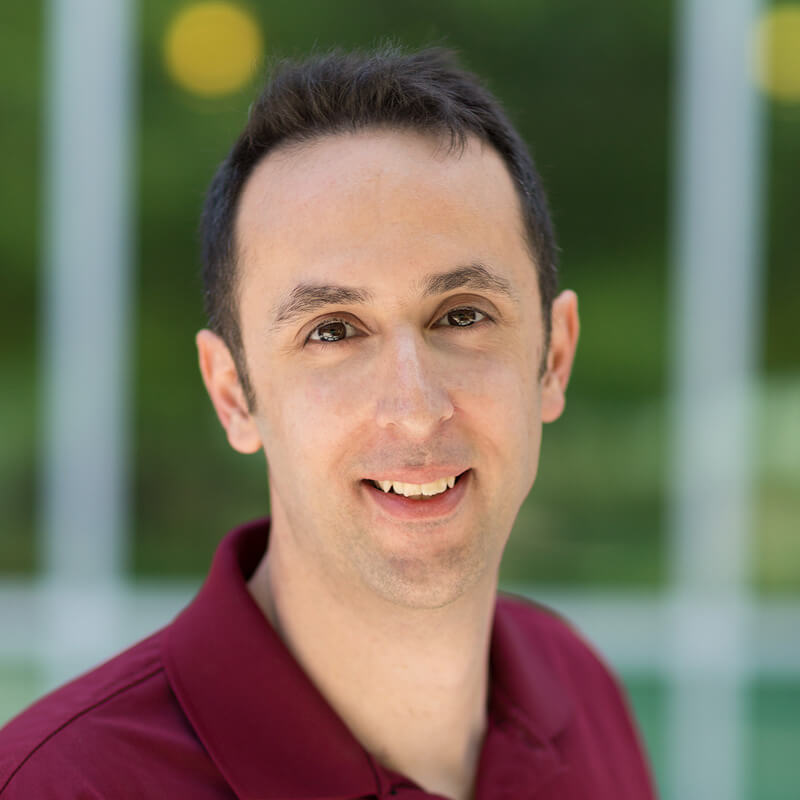 How long have you worked at Sencha and what led you to join the company?

Funny story! I joined Sencha in December of 2014. I developed Ext JS applications for many years before joining Sencha, and held the company in high regard because of all the amazing things the framework allowed me to do over the years. I never knew that Sencha had an office 20 minutes from my house until a member of the Sencha Architect team reached out to me about one of my side projects, Mockaroo. I wasn’t ready to leave my day job just yet, but I kept the idea tucked away in the back of my mind. A year later I was ready to move on, and excited about the prospect of joining Sencha, if not a little intimidated by the challenge of working alongside developers who were no doubt much more skilled than I. Fortunately, Sencha hired me and the rest is history.

What will be the biggest opportunities and changes in web development over the next 3-5 years?

It’s hard to say. JavaScript has experienced a cambrian explosion of growth in the last few years with Node.js, npm, ES6/7, Babel, TypeScript, and others. Who could have predicted all of that five years ago? Particularly with the emergence of Node.js, JavaScript went from stagnation to rapid evolution at seemingly the flip of a switch. The JavaScript community is now enormous and boasts the best package manager in any developer ecosystem, npm, which facilitates this amazing growth. The emergence of transpilers means we no longer need to wait for browsers to catch up to spec. At this rate, the JavaScript of five years from now may not be recognizable by today’s developers. One thing that’s going to make a huge impact on code is ES7’s async/await. So many of the syntactical patterns prevalent in today’s codebases, such as callbacks and promises, will look archaic to the next generation of JavaScript developers, for whom the difference between synchronous and asynchronous code will be the addition or omission of a few keywords.

How do Sencha tools make it easier for developers to build web apps?

UI and UX consume so much developer time and effort on every project. The web development ecosystem is overflowing with libraries that aim to provide an architectural foundation for apps. React, Angular, Ember, Backbone, Aurelia, Polymer… the list goes on forever. They all provide solid plumbing, but don’t include actual UI components that every app needs. You’re left to build things like trees, grids, dialogs, charts, and forms yourself, or glue them together from a handful of open source projects using more plumbing like jQuery and Bootstrap. Ext JS provides everything needed to build a robust user interface with a single, consistent set of APIs, so developers can spend less time integrating and more time delivering value for their users.

What advice can you give to new developers who are just starting to use Sencha tools?

Use Sencha Fiddle! It allows you to play around with Ext JS, mock things up, and try out new versions without having to set up anything locally.

Also, install one of the Sencha IDE plugins. They provide code completion and other helpful features that allow beginners to get up to speed rapidly. I’m partial to JetBrains IDEs, but we offer great support for Eclipse and Visual Studio as well.

UI nitpicking. Seriously, I can spot off-center text a mile away. I’ve been known to drive other developers crazy with this passion.

Outside of software, it’s probably my lawn. I like a nice thick green carpet. My dream is to have a US Open quality rough in my backyard.

The JavaScript community is now enormous and boasts the best package manager in any developer ecosystem, npm, which facilitates this amazing growth. The emergence of transpilers means we no longer need to wait for browsers to catch up to spec. At this rate, the JavaScript of five years from now may not be recognizable by today’s developers.