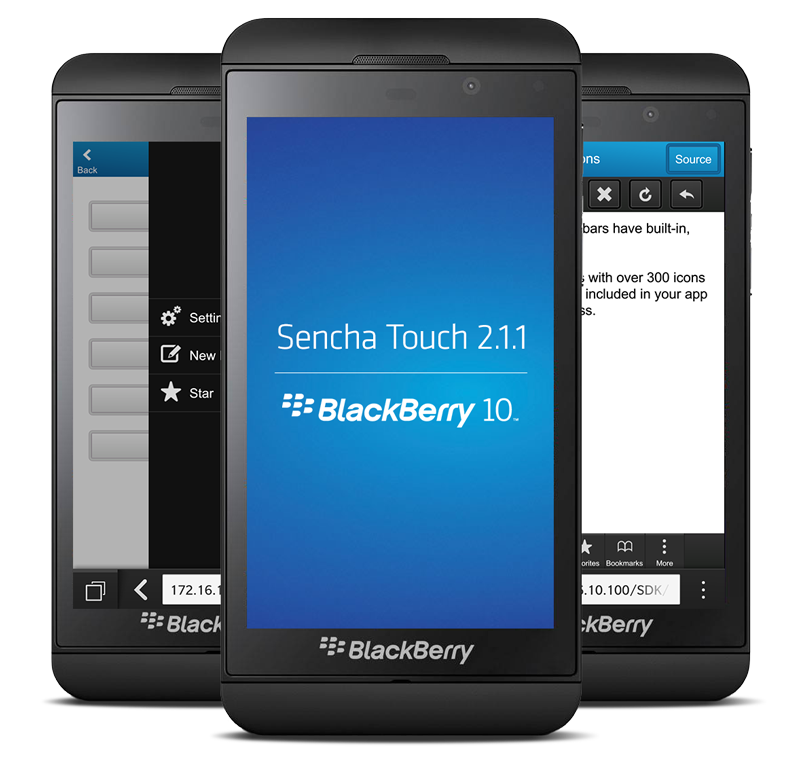 Let’s dig in to the details of the new theme and the new components.

Once you download the latest version of Touch, if you want to check out the theme, you’ll need to enable it. As with all of our themes, in the resources/scss directory, there is a new “bb10.scss” file, which can be used to compile the theme from scratch. Of course, the compiled theme already exists in resources/css as bb10.css.

If you want to get up and running quickly, in examples/kitchensink/app.json, there’s a section of JSON you can uncomment (make sure to comment out the default app.css) to enable the BlackBerry 10 theme for the Kitchen Sink. Load it up in your browser, and you’ll see the Kitchen Sink look and behave like a BlackBerry application. 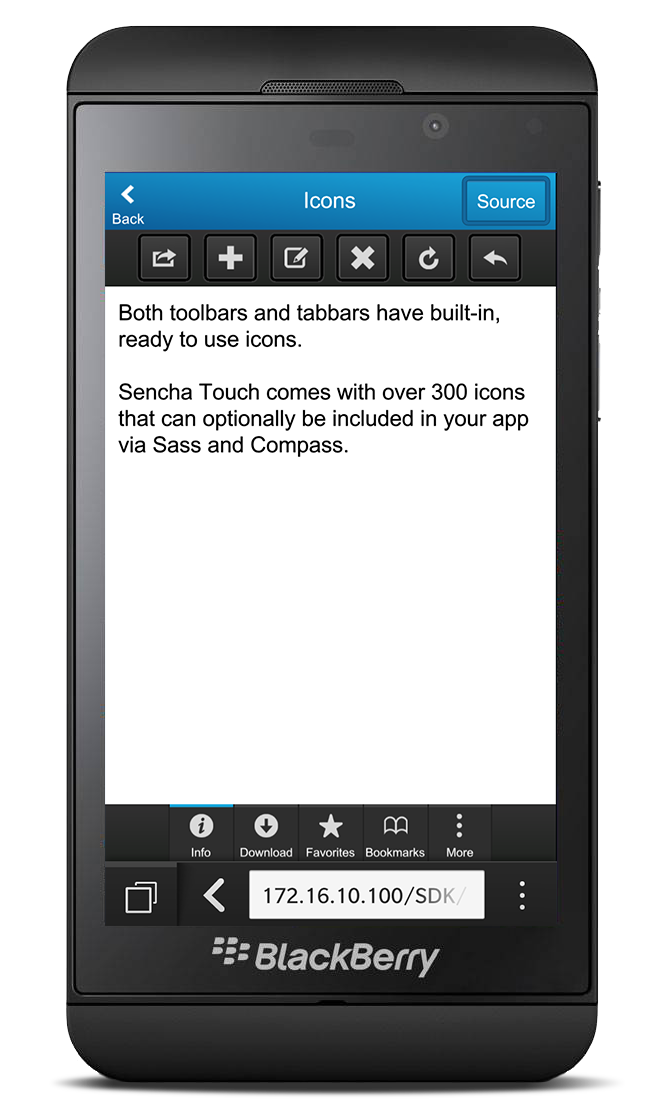 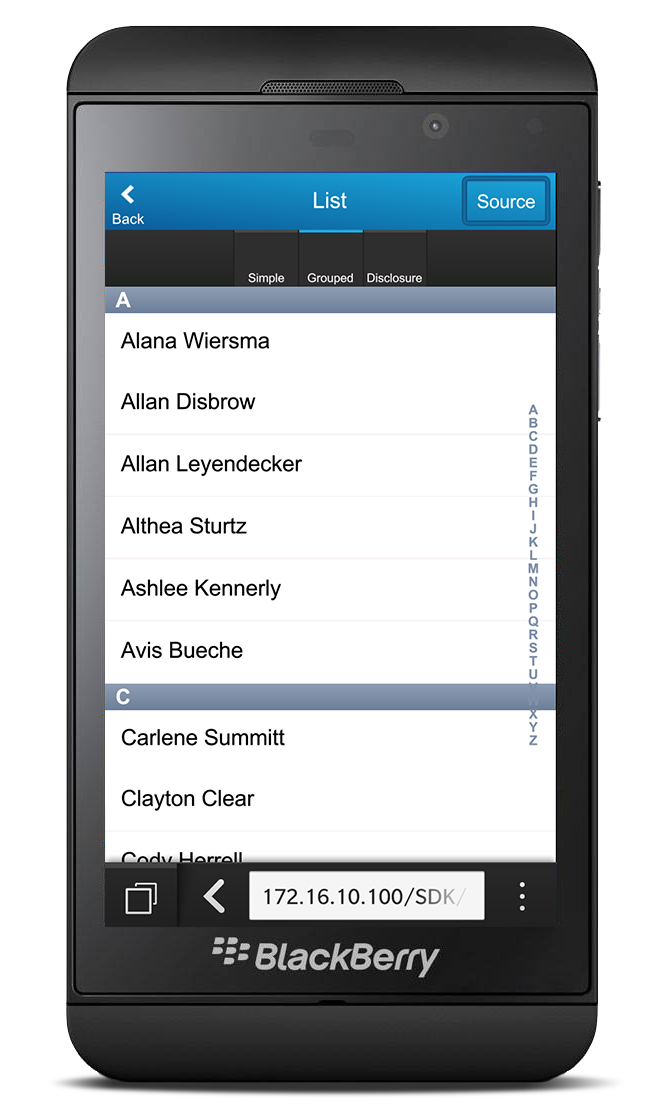 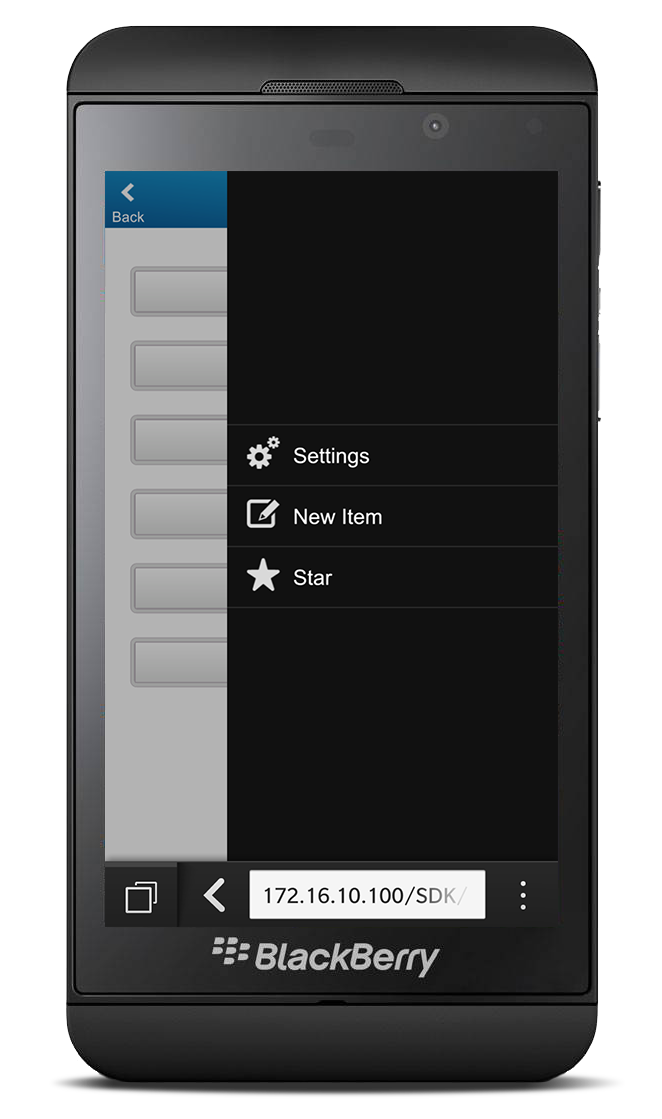 We’re excited to have had the chance to work with the BlackBerry team to help make this happen and wanted to say thanks to teams there for collaborating with us to help get Sencha Touch to BlackBerry 10. Build new apps for BlackBerry or port your existing apps, either way, Sencha Touch makes it easy to build to stay on top of device diversity and get to new platforms like BlackBerry 10 as fast as possible.