“This was the best SenchaCon ever!” was a statement that I heard over and over last week — and I have to agree! Now, I might be a little biased given the fact that I have recently joined Sencha as Sr. Developer Evangelist, and this was also my first SenchaCon to boot. I have to say though, if this is what life in the Sencha world is like, I’m already a fan. That’s why I wanted to take a moment to introduce myself to those of you who I didn’t get to meet last week at SenchaCon, and to the broader Sencha community that wasn’t able to join us. I’m looking forward to heading out — both physically and virtually — in the coming weeks and months into the Sencha community and beyond to talk about Sencha tools and frameworks. So, this is me… 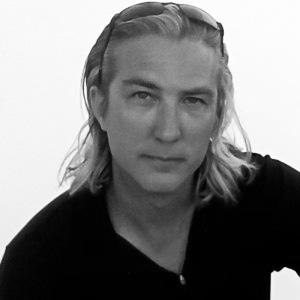 My name is Greg Rewis and I’ve been developing web sites and applications since the very early days of the web. And when I say early, I’m referring to the time when Mosaic was the only game in town. In fact, it was during that I had the good fortune to be working with some engineers in Hamburg, Germany, and through a stroke of luck really, we were able to begin working on what would become GoLive Cyberstudio — one of the first HTML editors. Those early days were truly heady times and innovation on the web was flying at breakneck speeds — much like we’ve seen over the last couple of years as HTML5 has hit its stride.

Following the acquisition of GoLive by Adobe, I joined Macromedia, where I was able to help build the early versions of Dreamweaver — or as a close friend said “help crush the product you just created.” For those that don’t remember, the editor wars of the late ’90s were just as hot as the browser wars being fought at the same time. In fact, it just hit me how similar it is to today’s framework wars. Okay, maybe “war” is the wrong word since none of us as framework authors or contributors are lobbing marketing grenades at the other, but there is definitely a passion among the individual framework communities.

“…not only do you get to (hopefully) inspire someone to use your software, framework or component, you also get to feed off of the excitement and pride this community has for its work.”

This passion was on display last week at SenchaCon with both old timers and new users expressing their enthusiasm for the work we are doing with Ext JS and Sencha Touch. From the new support for tablets coming in Ext JS and the wickedly cool Grid Gadgets to the expanded device support and new TouchGrid component in Sencha Touch, as well as the inclusion of Apache Cordova in Sencha Cmd, it was clear that our engineers are listening to the needs of the Sencha community.

In fact, that’s one of the best parts of the job of an evangelist in this industry — not only do you get to (hopefully) inspire someone to use your software, framework or components, you also get to feed off of the excitement and pride this community has for its work.

And I can already feel that beginning as the Sencha community begins diving into Sencha Space. I enjoyed numerous conversations about Space last week, but one was my favorite. It was a couple of developers that had been tasked with building a set of interconnected mobile web applications for a client. They had started the development process just before coming to SenchaCon. I caught up with them after one of the Space presentations and the look and excitement on their face was priceless. “That just completely changes how we are going to approach this project, and every other mobile project from now on,” one of them said. Those are words that would bring a smile to any evangelist’s face.

I will be hosting a webinar featuring Sencha Space on August 8th, 2013 at 9am PDT. To have me or another Sencha representative speak at your meetup or conference, contact Sencha Developer Relations.