We wanted to estimate the adoption and usage of modern browsers in the community’s user base and understand your expectations for persistence of legacy browsers over the next three years. We define legacy browsers as IE6,7,8, Firefox 4 or lower, Chrome 5 or lower, and Safari 4 or lower. We consider newer versions of IE, Firefox, Chrome, and Safari as modern browsers. Legacy browsers (particularly IE) have slower JavaScript engines and DOM access, fewer HTML5 features and they have more security flaws that leave the users susceptible to viruses. Most also create added work for us (and for you!) to support. Here’s what we found. 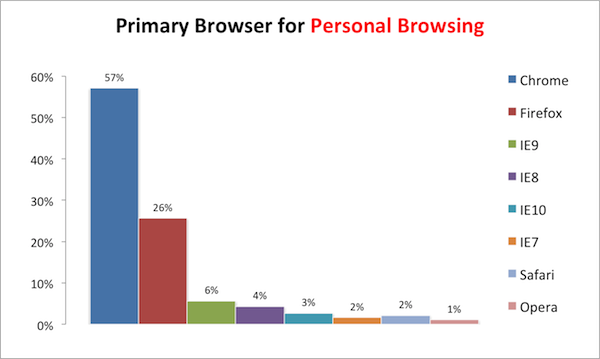 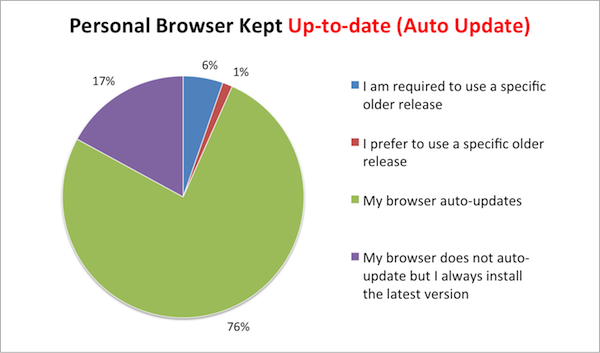 The vast majority (over 83%) of the Sencha developer community uses Chrome and/or Firefox for personal browsing, and either have auto-updating turned on or manually update their browsers as new versions become available.

Even if the browser does not support auto-updating by itself, most developers keep up with the latest releases by manually installing the latest versions for an improved browsing experience.

However, 6% percent of the respondents reported that they are often required to use a specific older version, which may be due to the IT policies of their organizations. 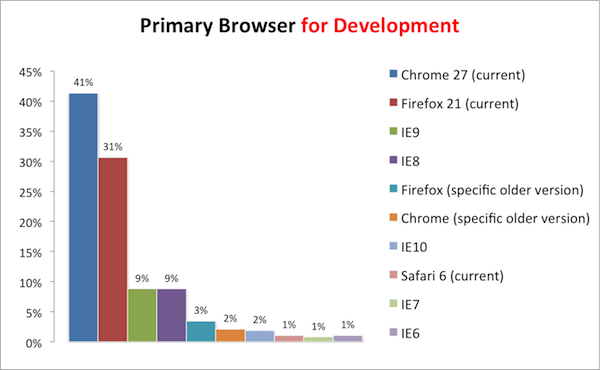 Even if other browsers need to be supported, most developers (over 77%) use Chrome or Firefox as their primary browser for development. We believe this is because of the quality of debugging tools (Chrome Developer Tools, Firebug) for Chrome and Firefox.

3) Developers Awareness / Perception of their End-Users 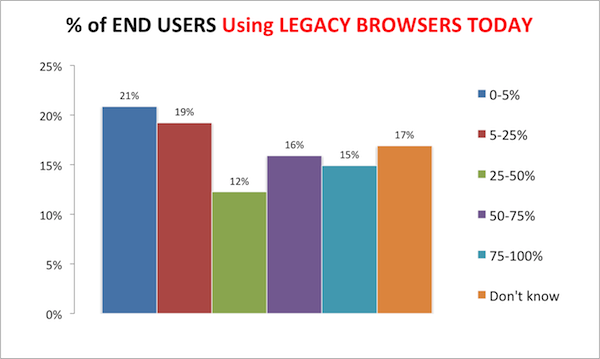 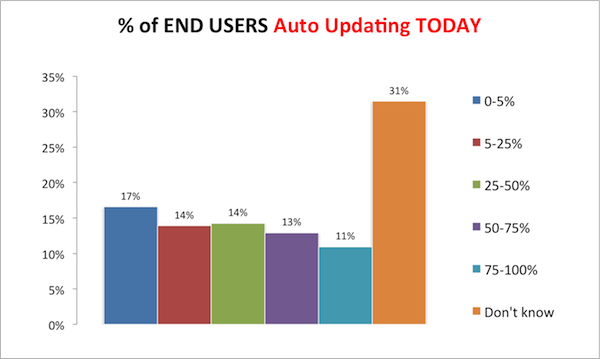 These stats remain more or less the same when asked whether the end-users will be auto-updating or using legacy browsers in the next twelve months.

It is likely that this is due to the level of control the end-users have on their systems. Again, something that may be attributed to the IT policies.

Table 1: For Ext JS applications already developed and in use. 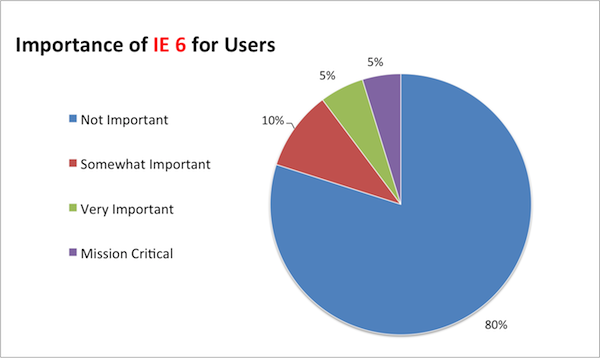 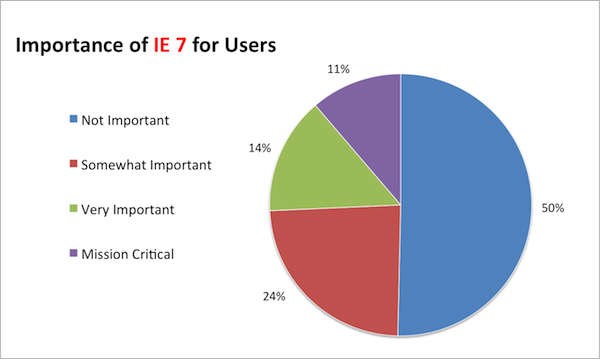 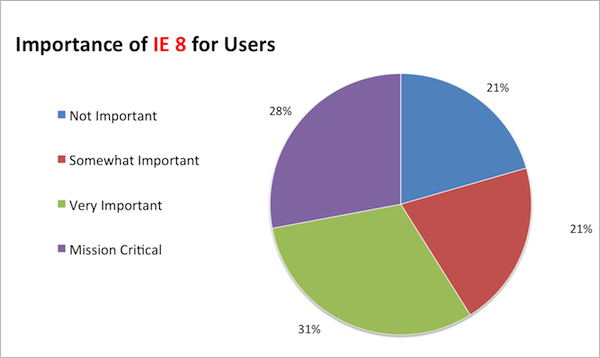 Both for current applications, and for applications now in development, IE 8 will continue to drag out as a supported browser into 2014 and beyond. An overwhelming number (59%) reported that IE 8 support is either mission critical or very important in their development plans.

We should also note that there is a subset of developers who do not support their apps on the latest auto-update of modern browsers. And Safari is commonly not supported.

While all of us would like to drop legacy support for legacy browsers, it is clear that the continuing need to support IE 8 will be a non-negotiable requirement for business app developers for some time. At this point, it looks like 2016 could be first year where Enterprise app developers are considering dropping IE8 support. The only thing that could change this is a wholesale move to upgrade to modern browsers by IT departments worldwide or a switch to auto-updating. Given the historical practice of many IT departments of certifying apps for production on a specific version of a browser, we think this is probably unlikely.

Finally, we want to thank all the developers in the survey who spent the time to fill out the survey, we hope the results are informative and helpful.