The BlockMate web application is designed to start meeting this need and supports one of the industry leading blockchain platforms called MultiChain. BlockMate provides a GUI interface, interactive web-based tutorials, interactive documentation and much more for managing the MultiChain blockchain, all of which will make development faster, easier and better. 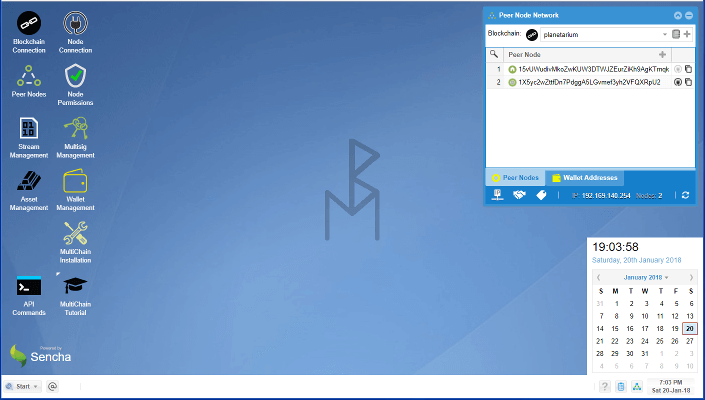 The BlockMate application’s “look and feel” is the familiar “desktop” view – inside a browser!

BlockMate was released at the beginning of December 2017, is freely available and within its first six weeks has received visitors from over sixty (60) countries.

We wanted to produce a highly productive web application, which would be professional, feature rich, intuitive and comparable to similar tools that are typically found in native applications used to administer database systems. Some of the key functionalities the application needs to provide are:

Having used Sencha Ext JS from v2.0 (for over ten years), these are the types of functionalities that the Sencha Ext JS framework was created to deliver – rich internet applications (RIA). Sencha Ext JS is (still) the only available framework that provides such powerful functionality and components – working seamlessly together – straight out of the box!

The following screenshots illustrate the various Sencha Ext JS components that are used to develop the “look and feel” of the BlockMate application. 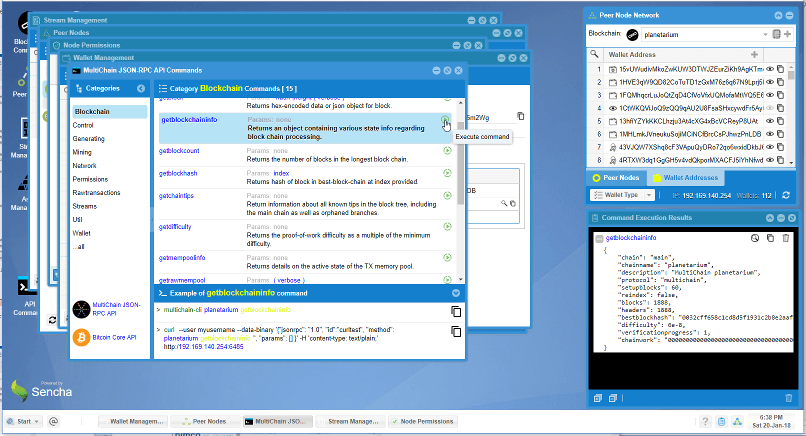 Desktop view showing multiple windows (Ext.window.Window) opened. Sencha window manager class (Ext.WindowManager) handles the opening and closing of the windows. Windows can be re-positioned, resized, maximised and minimised. The window in the forefront on the left, shows a list of API commands using the Ext.view.View component. The window in the top right, shows a list of wallet addresses using the Ext.grid.panel component.

The drag and drop (Ext.dd.DragDrop) feature is use to “drag” data from one (source) window and “drop” it into the other (target) window. 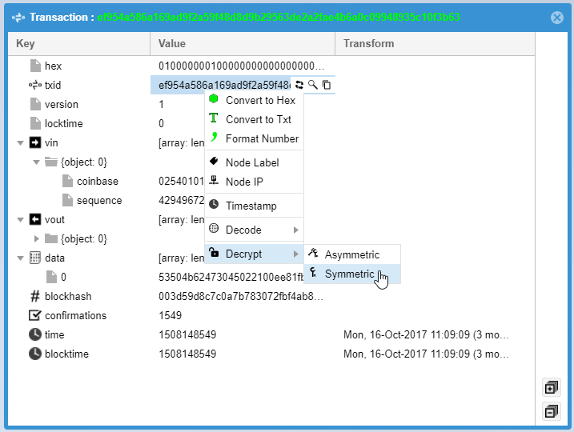 Tree structure (Ext.tree.Panel ) use to show the transaction details stored in a block. Also featured is a floating toolbar with “drop down” nested menu items (Ext.menu.Menu). 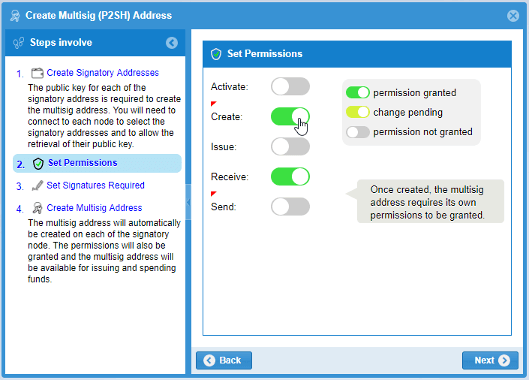 New custom Search component with built-in next / previous functionality, created from the base class, Ext.Component.

At this relatively early stage in blockchain development, we aim to set a high standard in the quality of web applications available to the blockchain developer community. Sencha Ext JS enables us to achieve our key objective and make it difficult for other competitors / new entrants, who will need to exceed and “raise the bar” we have set. Of course, with Ext JS as the foundation, we are confident that we will always be able to respond quickly, innovate and deliver to keep our advantage and maintain our leading position.

Furthermore, with the introduction of building universal applications, Sencha Ext JS will play a fundamental part of our future success, as it will be even easier and faster to manage and deploy our application to suit any end-user device, from a shared and single code base.

Our Advice for New Developers

The code excerpt above shows the custom field class definition (uneditablefield), extended from (subclass of) the Ext.form.field.Text class and using the Sencha template.

The code excerpt above shows how the custom field (uneditablefield) and a plugin (fieldcopy) are used to display the form fields. The plugin is used to display and provide the trigger functionality of copying the field content to the system’s clipboard.

In our fast and constantly changing world, there will always be new libraries being released which announce their approach is the best, lightning fast and easy to use. Some may require a paradigm shift (their epiphany moment), but it’s comforting that Sencha offers a strong and stable framework that can withstand the test of time (built on over ten years of experience). It is commendable that Sencha is not in a “popularity race” but understands the needs of “real-world” businesses that use the framework to build their critical and core business applications. Sencha does not rely on any hyperbole and steadfastly provides a dependable framework. Sencha is continuously improving the framework and supporting new standards, new techniques, integrating and adding interoperability to other “best of breed” libraries such as D3 and ExtReact.

Sencha Ext JS provides unrivalled UI components and functionality, and is professionally supported; it is the “rolls-royce” framework for developing enterprise applications.