Idera’s key Developer Tools brands, Sencha and Embarcadero have long standing relationships with Java developers. We decided to survey many of them to understand the latest trends, especially in the context of Web Development, which is a focus for Sencha’s GXT product line. Below is a Summary of our findings.

What Java version do you use? 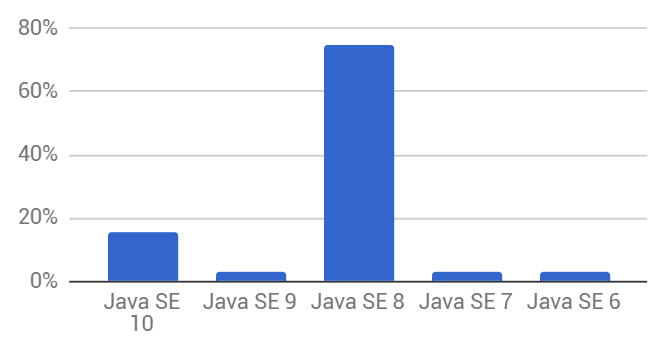 Maven continues to be the most popular build system. The number of respondents that used no build system is surprisingly high. Not surprisingly, most larger companies do use build systems, especially ones running multi-project builds.

What IDE do you like to use for your projects?

Eclipse was the most popular IDE among our respondents followed by IntelliJ. 47% of respondents indicated that they have no plans to switch and like what they have, and 19% others said that a switch is not a priority. 25% said that they always look for more robust solutions. Cost did not appear to be a major driver for this decision.

Would you use Java to build a web application?

Many developers were interested in using Java for web development. However, some were not clear between using it for front-end or back-end development. A good question will be to make a direct comparison with JavaScript, but then it will be more directed to their organization vs their individual preferences. The bottom line, as you will see in the following questions, is that there is significant demand from Java developers for web tooling.

Which Java frameworks for web development are you familiar with?

Spring MVC was by far the most popular framework that respondents selected. Based on some comments the popularity of Spring MVC may have been inflated, as back-end Java developers may have been just thinking about Spring. For example, many of the GWT projects will still use use authorization, authentication, ORM and many other components of the Spring framework. With Google stepping away from GWT the popularity has decreased, but developers who love it tend to really love it. The relatively low response rates for Vaadin demonstrate that commercial success does not necessarily correlate with popularity. The relatively high responses for Play can be attributed to the increased adoption of RESTful architectures.

What would be the most important feature that you would look in a Java framework for web?

The answers to this question appear less systematic which can be explained by the diversity of developer profiles. Having a large library of “widgets” was consistently ranked as one of the most important features for a web framework. On the other hand, there is a somewhat conflicting view between the desire for professional support and the framework being free or low cost. Integration with the IDE also appeared as a significant requirement. Survey data also indicates that the ability to support mobile use cases was also key with 60% of respondents categorizing it as extremely or very important. 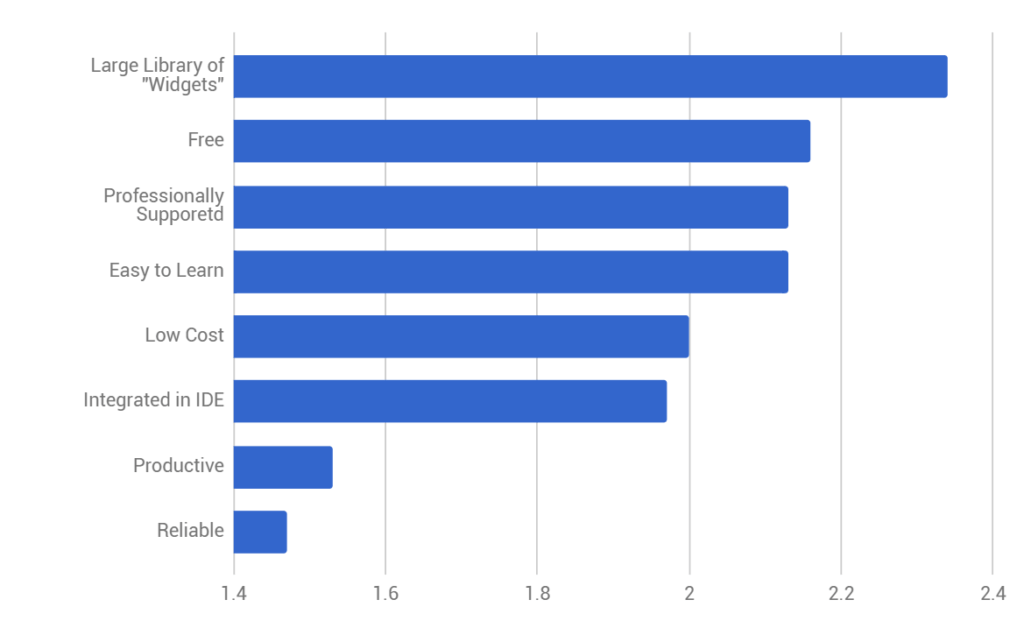 What type of project would you develop with a Java framework for web?

Responses indicate that the majority of respondents want to build new applications with Java web frameworks, which is good news for the space. There are many developers with significant investments in the language and with the dominant role of web today, they will benefit from more tooling. It is a demanding audience and while many liked their IDEs, the areas where they needed even more commercial tools continue to be IDEs, debuggers, and Java profiling tools.

At Sencha we’re investing in our Java tooling to help Java developers build data-rich, enterprise-grade web applications easier and faster. We have customers all around the world who are already solving today’s complex enterprise application development problems with Sencha GXT.

Learn more about how to solve your enterprise application challenges with Sencha GXT for Java, check out our examples, and see how easy it is to get started by signing up for for our free 30-day trial for Sencha GXT.