I have just returned from a great trip to Europe to speak at the Sencha Roadshow events and App Camps we hosted in London, Paris and Munich. It was an incredible few weeks; I met a lot of great customers who had many good questions ranging from the framework, best practices, our acquisition and what is upcoming with Sencha. I also got to work with my outstanding co-workers again in Europe, Danny McLaughlin (who, along with his wife Tina, were very gracious hosts to me!), Olga Petrova (travel agent of the year!), Ellen Fischer (thanks for the Munich tour and great restaurant choices) and Nadege Vallois (who gave me awesome tips on what to do and where to stay!), thanks so much to all of you!

We started the tour in London on October 3rd at the Barbican Centre, near the Thames, St. Paul’s Cathedral and London Bridge (also 3 of my tourist stops). Although each of our roadshow cities had a similar agenda, each had its own unique feel.

The next morning we hosted another Sencha Roadshow event in Paris, followed by another full day hands-on workshop focusing on our Sencha Test product and best practices. 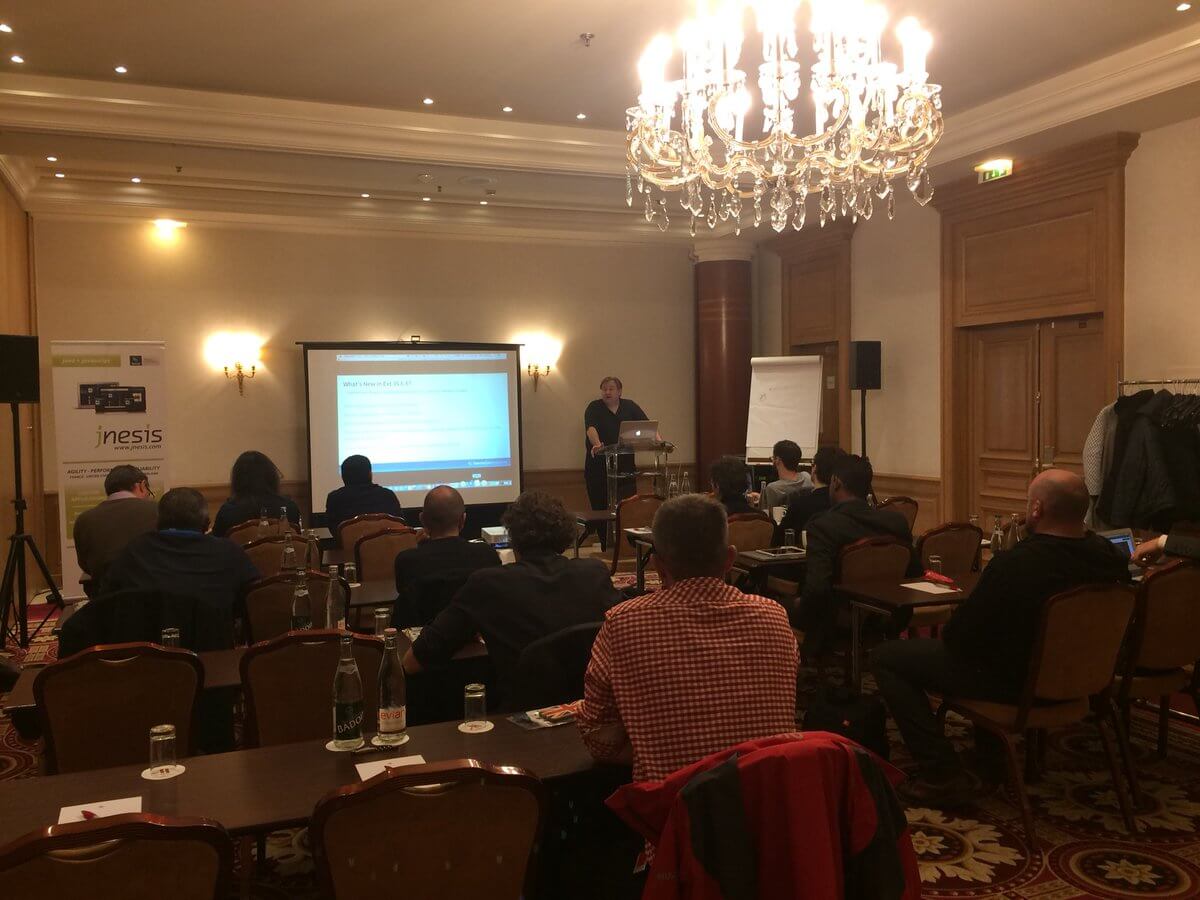 Next up, we hosted three full days of events in Munich; the Sencha Roadshow event on Tuesday October 10th, and back-to-back Data Visualization and Sencha Test Camps on Wednesday, October 11th and Thursday, October 12th. 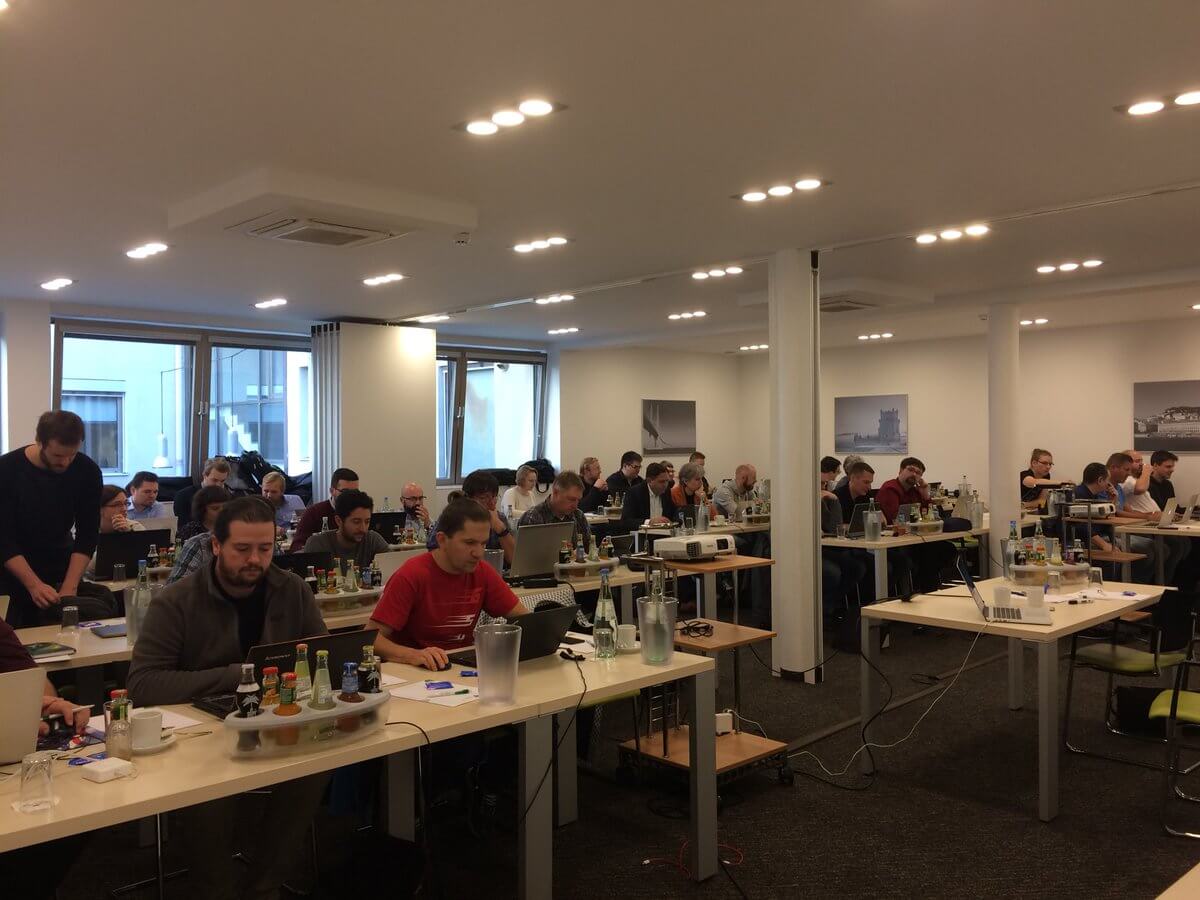 What a wonderful two weeks – not only were the venues great, but it was great to see and talk to so many customers! It was especially good to see so many developers attending our Test App camps, adoption of Sencha Test is accelerating in our customer base and it is good to see so many of the attendees implementing test automation. So what exactly did we talk about at these Sencha Roadshow events? Here is a summary:

Danny started off each event by welcoming everyone and led a discussion of Sencha’s recent acquisition by IDERA, including early observations and what we’ve been up to (learn more here).

Next up I shared what’s new with the latest version of Ext JS – version 6.5. I started out with a review of all of the previous ‘6’ versions – 6.0, 6.2 and 6.5. I essentially tied together the theme of version 6 in general – the move to merge Ext JS and Sencha Touch into a single framework with a classic and modern toolkit – then bring the modern toolkit up to parity with classic in version 6.5.

Olga led the next session to share what’s new with Sencha Test. She did a fantastic job describing the purpose of Sencha Test, and it was great to hear from our developer, QA Engineer and DevOps Engineering customers in attendance about how they are benefiting from using Sencha Test! Olga presented Sencha Test’s features, both in the current version of the product (v2.1) along with what is coming with version 2.2.

After a welcomed break it was my turn again to talk about Desktop First or Mobile First. With Sencha releasing Ext JS Version 6.5, there has been a lot of discussion on building what we call ‘universal applications’. My session focused on where to start – desktop, or mobile first? In summary, no matter where you start (‘whatever first’ as one of our developers in attendance said), always think and architect your application for universal because even if you don’t have a mobile or desktop need for your application today, things change and one day you likely will.

Olga then continued our journey with Sencha Test by presenting best practices for continuous web app testing, discussing why you should test, how you can specifically test Ext JS framework applications, and then provided an overview on best practices to keep in mind when testing.

Finally it was time for lunch. Time to refuel and for all the attendees to come and have more one-on-one conversations with all of us. To be honest, this is one of the best times of the day for me. I learn so much by customers presenting their applications and the unique challenges they have. It is also very gratifying to discuss potential solutions for customers that they are eager to try out when they get back to work. 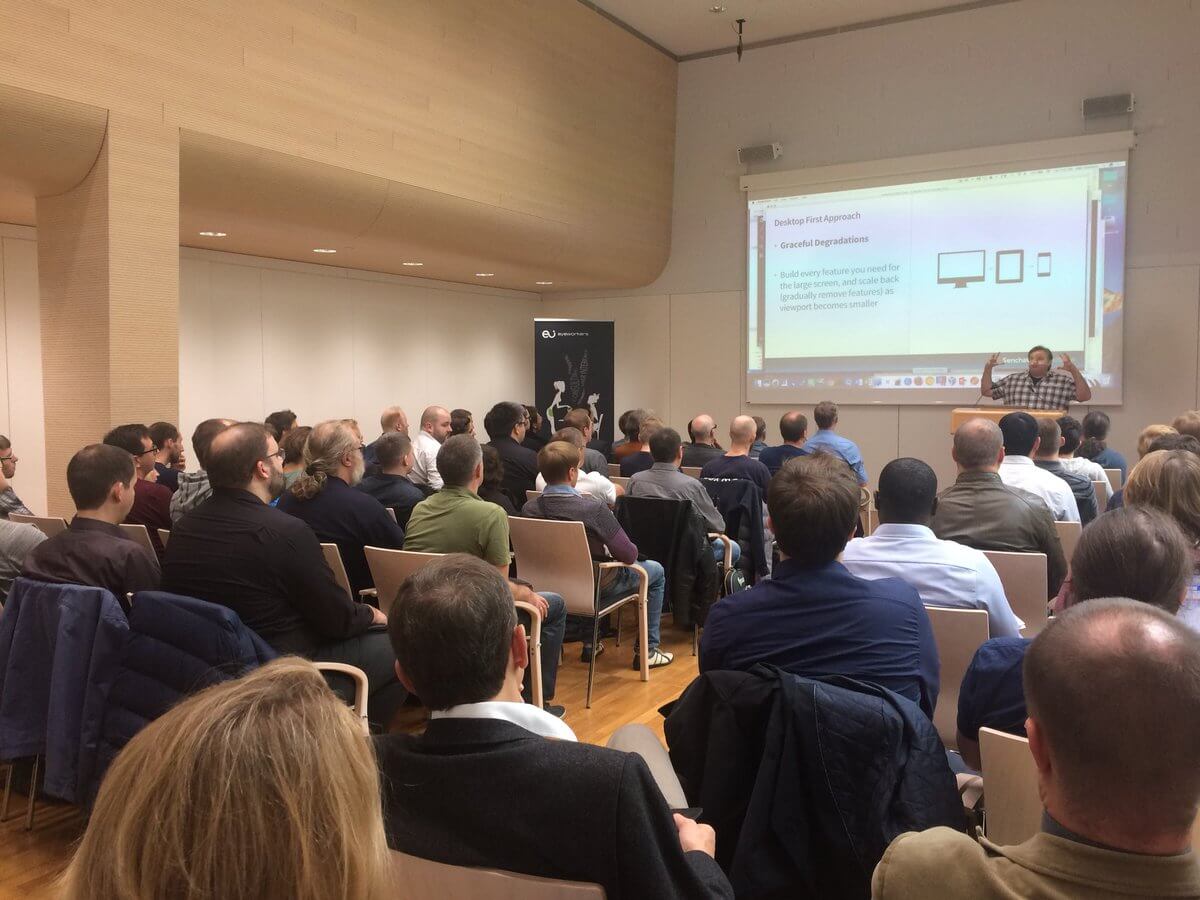 With our one-on-one time coming to an end, we then introduced our customer speaker. In each city we had a different guest speaker, in London, Eva Luckhiram talked about ‘Sencha Upgrades, the Good. The Bad. The Ugly.’, in Paris, Vincent Munier from Jnesis who discussed ‘Authentication and Authorization in Ext JS’ (en Français) and in Munich, Thorsten Suckow-Homberg spoke on ‘BufferedStore Internals’ (auf Deutsch).

The afternoon continued with a busy schedule. I led another session on Sencha Best Practices and the Coworkee app, Olga discussed building Progressive Web Applications with Ext JS and Sencha Cmd 6.5, and finally I ended the information packed day with a look into the future of Ext JS.

Overall the trip was wonderful, and we packed a lot of information and learning into the two weeks I was there. I am looking forward to my next trip to Europe to see my co-workers and all of our customers again – until then…